It can be easily observed that the city of Guwahati suffers from vulnerability with respect to a number of hazards. For example:

Considering the vulnerability of the city to different hazards, as well as the probability of occurrence of such hazards, the disasters likely to strike Guwahati may be noted as follows:

Prior to any actual disaster, GMDA is responsible for undertaking and coordinating various short-term, mid-term and long-term measures to mitigate the effect of the disaster [and attempt to eliminate the occurrence of that disaster altogether]. Besides, it is also responsible along with ASDMA, NESAC and the District Administration to establish a Flood Early Warning System [FLEWS] or similar prediction/ preparedness system for other disasters as per the relevant NDMA guidelines.

During the disaster, GMDA is responsible to coordinate the implementation of the mitigation measures [e.g. running of pumps during floods] – in association with the line department concerned [e.g. Water Resources Deptt. of the Govt. of Assam in the instant case].

After the disaster, GMDA has to assess new measures for disaster mitigation.

The Guwahati Development Department with its two component organizations – GMDA and GMC – are at the forefront of disaster management in the city of Guwahati in conjunction with the District Disaster Management Authority  of Kamrup (Metropolitan) District. In order to achieve better co-ordination during disasters, the DDMA of Kamrup (M) has formed a Co-ordination Committee with the following members. 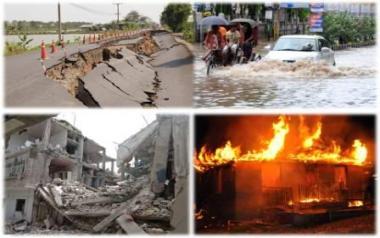